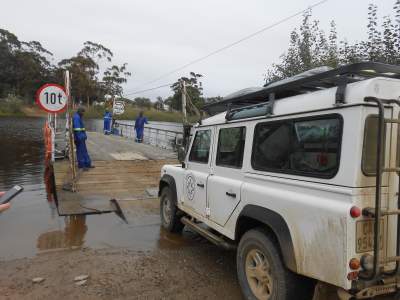 A pontoon is a simple floating barge designed to get vehicles across a river, and the word is often shortened to pont. If you like to explore the back roads of South Africa the route through the Overberg that will take you to the pont at Malgas across the Breede River is a worthwhile, one of a kind experience. What makes the Malgas pont rather special?  It is the only remaining hand-drawn pont of its kind in the country. There are at least two other pontoons that comes to mind when writing about this topic, but they are not hand-drawn – the one over the Kei River in the Eastern Cape and the one at Sendelingsdrift in the Richtersveld crossing the Orange River in the Northern Cape but it is not the same as the hand-drawn one at Malgas.  I am adding these two pontoon crossing to Wallace’s travel list! The… Read more >