It is early August in Africa.  The days are not sweltering yet and the nights coolish, but not cold.  Actually perfect weather for the African bush!

Arriving rather late in the afternoon and after randomly meeting a fellow South African who runs a business in Livingstone we discovered a gem of a shop called Stop Shop (open until late)  in the main street where we could buy everything from beer to fresh bread before heading to Maramba to make camp for the night.  The next morning, after stocking up at the Shoprite in Livingstone, we were heading to Kabula Tiger Lodge in Western Zambia.  Doing shopping at the Shoprite it felt like I was back home.  Everything was familiar, organized and easy to find – you will  even find good old Mrs Balls! 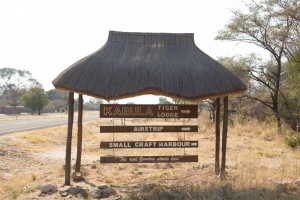 Our aim was to do some tiger fishing and birding at Kabula Lodge (S17º02.404 E24º00.892).  On arrival we were greeted by an enthusiastic Kennestar, the camp boss, who showed us around.  We were booked for three days of fishing and birding on the Zambezi  but did not expect to have the whole camp to ourselves.  Only on the last night of our stay another South African couple heading home after a three month journey through Africa joined us for a chat and  a night of camping. 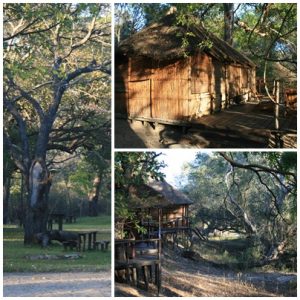 Kennedy, who lives on the other side of the river and have to cross the Zambezi twice a day for his job, was our river guide allocated to us.  Every morning he arrived on time wearing his purple sunglasses and a warm friendly smile to earn his living on the Zambezi.  Although the tiger fishing was not great this year it was nice to be out on the water with Kennedy, knowing the river like the palm of his hand, avoiding sandbanks and hippopotamuses as he took us 33 kilometres upstream to the rapids and the favoured tiger fishing spots. 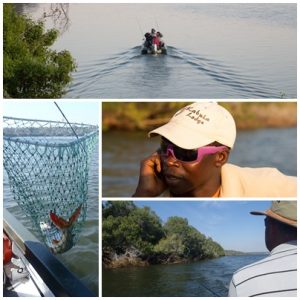 Every afternoon after a hard day’s fishing and as the sun was setting, with G&T in hand,  we headed for the deck overlooking the river to watch the local fishermen returning home after another day in Africa. 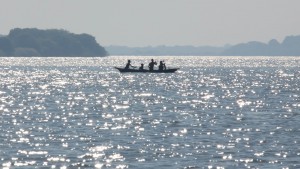 Please take care with small children on the deck as it is high and quite open towards the river which houses crocodiles and hippos. 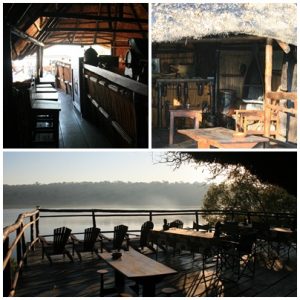 And of course to end off a day in the African bush we make the customary fire for a braai to feast on some excellent Zambia beef and a Mosi or two. 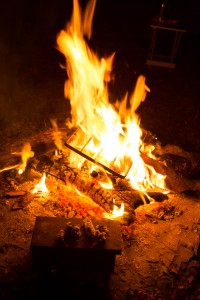 What a tough life we have in Africa …!

“Wherever you go becomes a part of you somehow” (Anita Desai)