Are you wondering what to do in George on a wet or beautiful sunny Saturday morning?

We took the gravel road up the historic Montagu Pass. –  It is one of the four passes that traverse the Outeniqua mountains. You will stumble upon the old Toll House.  The gravel road leads up the 8km long pass and is signposted from the N12 towards Oudtshoorn.  Starting from the George side and travelling up the incline, it is the first and only building that you come across. 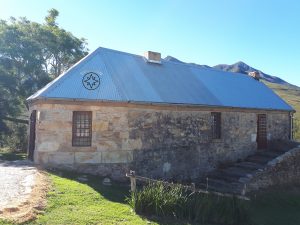 Until the building of the Outeniqua pass as we know it today, the Montagu pass was the main route between Cape Town and Grahamstown.

The Toll House dates back to the year 1855.  According to old records the toll was as follow:

During the winter of July 1855 the toll house was all but destroyed in a forest fire.  It was later repaired, and its thatched roof was replaced with corrugated iron. The corrugated iron is still visible today.   However over the years the stone work started to show its age. The Friends of the Old Toll House stepped in, got a stone mason, and restored it to what it is today. 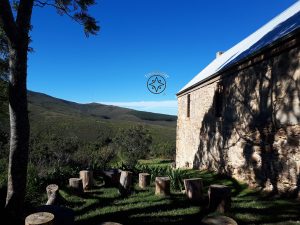 On Saturday mornings The Friends of the Old Toll House sell pancakes and coffee to raise some much needed funds. The funds goes towards the upkeep and ongoing restoration of the old building and to preserve history.  Make the effort and stop for a traditional pancake and at the same time support a good cause!