So I had the fortunate chance to visit the Ivory Coast or Cote D’Ivoire a couple of times while hubby was working in West Africa and resided in the sprawling capital of Abidjan with its 2 million inhabitants.

Arriving at Felix Houphouet Boigne airport you are in French country.  Leaving the airport parking you are welcomed in French (Bienvenue) as you pass the white elephant sculptures spanning the airport road.   Sadly this welcoming sign is no more as it was removed during 2011 with the change of government.  Also look out for the bronze statues as you leave the airport grounds. 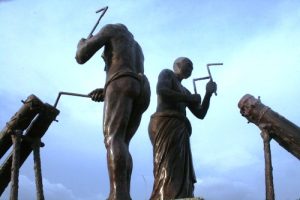 You will also see the local guy, come rain or sunshine, delivering his bags full of baguettes every morning with his bicycle or an old beat up Citroen stacked to the roof with pain (French for bread).  We were really spoiled as you will not have to look far to find freshly baked bread and pastries wherever you travel in this beautiful tropical country. 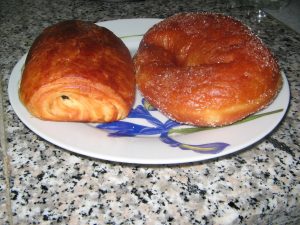 But on with my story.  Quickly you learn the basic French lingua to cope with the ever present police and military roadblocks asking to see your driver’s license (but actually looking for some free cash donations),   be able to go to the shop,  the bank or use one of the many colour coded taxi’s in the city.  Taxis are colour coded which means they are only allowed to operate within certain areas.  So make sure you catch the right one or you may change taxis a couple of times to reach your destination. 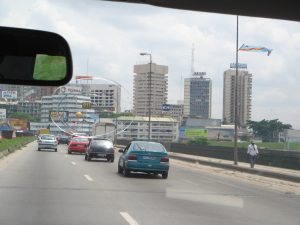 All over the city of Abidjan traffic is always congested and you have to have lots and lots of patience to cope with the bicycles, pedestrians, slow moving traffic and impatient drivers overtaking at any possible place, pace and space.  As I was always in a hurry whenever I went to downtown Abidjan I never had the opportunity to visit St Paul’s Cathedral which was erected at a cost of $11.7 million.  Apparently it is worth is visit. 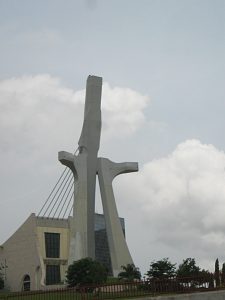 When the smell of cocoa is filing the air of the city you will see the toys of the rich on the streets. Hubby nearly had a heart attack when  a McClaren production car drove past him in the potholed streets of the city!  What a shame that it will probably never be driven what it was built for, but only reaching a maximum speed of 100 km/h due to the horrendous road conditions. 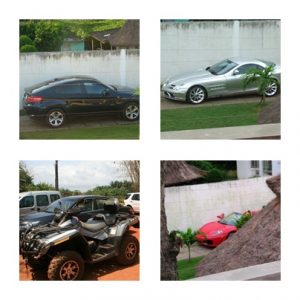 The toys of the rich

One weekend my Ivorian friend Christine, from French decent who grew up in Abidjan, took us on the road east towards Grand Bassam.  Along the road we see numerous road stalls selling art, wood furniture, clothes, and local food.  These stalls are a lot cheaper than the crafts market situated near Zone 4 in Abidjan and is worth a visit as some of the craftsmen are extremely talented. 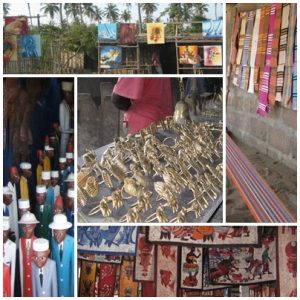 Once in Grand Bassam the strong French colonial influence is still noticeable as  the edge of palm fringed beaches are speckled with modern resorts and beach houses frequented  by the vast Lebanese and French community soaking up the sun. 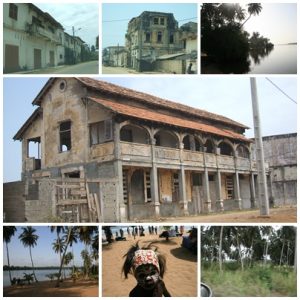 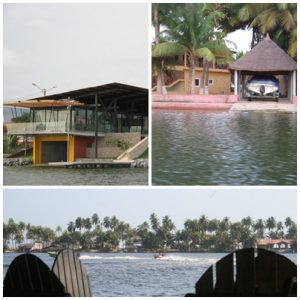 But this is not the end of our trip.  As my Ivorian friend knows the country well she takes us to Ayame  to show us the massive palace like house that was once built by a prosperous lawyer (back in 2010 already 70 years old) from Abidjan.  The house is still not complete after 15 years and was never inhabited once. 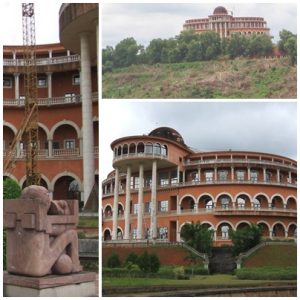 To sculpture the gardens he recruited a landscaping architect to recreate the gardens of a château in France complete with sculptures from bronze created in Burkina Faso.  The only person living on the property is the security guard – which anyway let us in without asking any questions – who smokes wild mushrooms that makes him happy clappy. 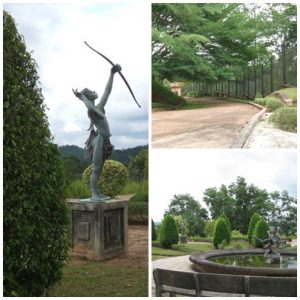 But our end destination is still further east towards the Ghana border at Assinia Mafia.  We spent the day on the beach watching the wooden Ghanian fishing boats and relaxing with friends on beach chairs. 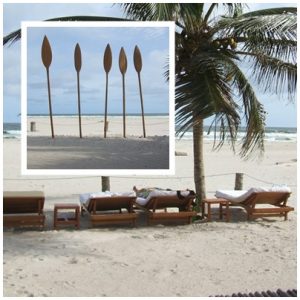 Relaxing on the beach in Assinia Mafia 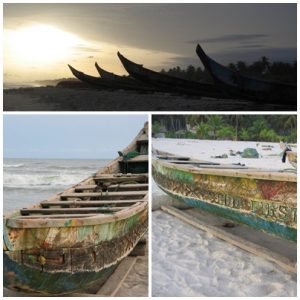 Which saddens me the most, despite a strong economy due to cacao and rubber production, is the amount of pollution and  big trucks carrying massive logs (due to deforestation which is a major issue) into the city. 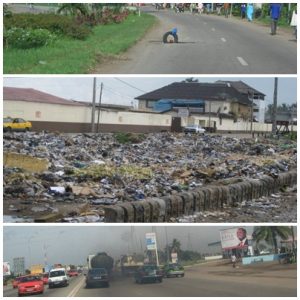 The stark realities of pollution

Once again I was privileged to visit a country that was never on my list, but due to circumstances had the opportunity to visit it more than once, make some good friends, learn some elementary French  and appreciate life.

CURRENCY NOTE:    All over West Africa the currency accepted is the Cefa (XOF).   Being a previous French colony the Euro is rather preferred than American Dollar.

“To travel is to discover that everyone is wrong about other countries.” (Aldous Huxley)


Sometimes you have to keep on walking, not knowing