THE LANDLOCKED COUNTRY IN THE CLOUDS

We have visited Lesotho a couple of times before, especially the eastern side coming up with Sani Pass from KwaZulu Natal, but this time round we visited Malealea Lodge in the Mountain Kingdom of Lesotho and entered from the more developed western side at Wepener. 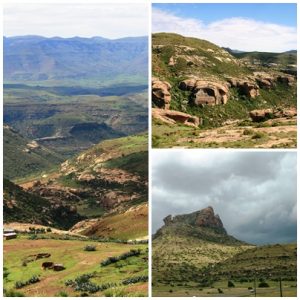 Arriving at the border post at Van Rooyen’s Gate (hours 06:00- 22:00) near Wepener all was quiet the day after Christmas and the formalities were done without a glitch and off we go. 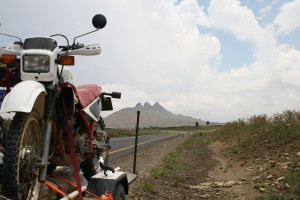 Our plan was to camp at Malealea Lodge and explore the vicinity during the last week of the year.  Since our previous visit to Lesotho we noticed that the main road network improved a lot, but as soon as you get onto the gravel things are still the same = the further from civilization the worse the roads. 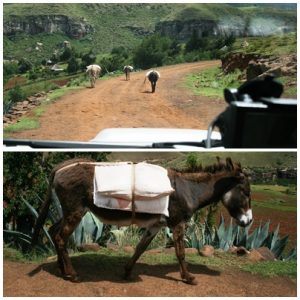 The roads are potholed and maintenance non-existing.  After all this is why we come here – to get away from it all.  This is definitely bakkie (pick up) country and apart from the traditional donkeys this is the most reliable mode of transport. 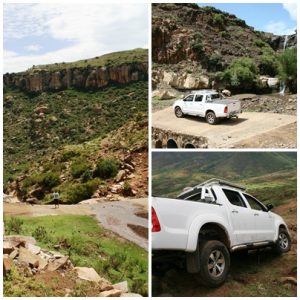 We arrived just in time and in good weather to pick our perfect camping spot before dark fell.  The camp site was filling up rapidly and the rondavel (hut) accommodation was also busy.  It seems that other people had the same idea than we had  – to get away from the hustle and bustle of city life. 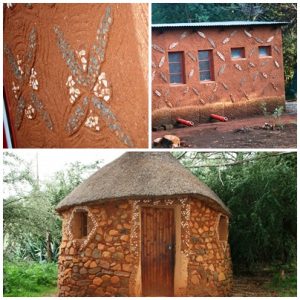 Shortly after we pitched our tents the dark clouds were rolling in over the mountains.  Bad weather was on its way … 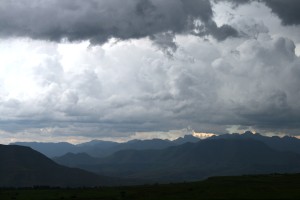 Soon the rain was with us.  And this was more or less the pattern for the rest of the week – showers in the late afternoon and chilly weather every night.  Luckily we were pitched on the higher part of the sloping camp ground so we managed to keep dry – well sort of! 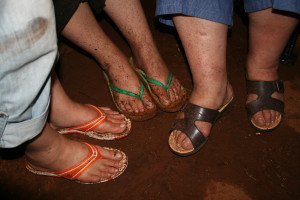 The next morning, while having a cup of steaming coffee at the lodge, we watched how the ponies were saddled up and packed for an overnight trek through the mountains and adjacent villages.  In an effort to help the local community ponies are rented from the community upon which they receive an incentive from the lodge.  This also encourages the local people to look well after their ponies to benefit from this project and supports job creation.

Time for to search for a geocache which is sort of impossible to find, because you are never alone and never not noticeable.  Small children 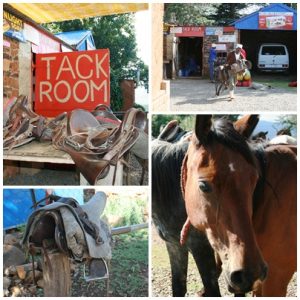 has the habit of just popping out behind every bush and rock and follow your every move.  The cache was  planted during 2010, with four attempts to find it, but no success.  Our hopes were not high that it would still be available, but nevertheless we tried.  We too could not find it and I doubt if it still exists after all the years.  Unfortunately we had a bad incident – whether intentional or unintentional – near this particular village as a Basotho child threw stones at our vehicle (luckily no damage was done), but be aware of such occurrences when you travel around the country.  Things can quickly turn into a situation if you do not handle it well. 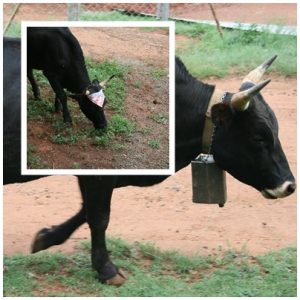 Near our camp the village boys and cows (one dressed with a bandana) were very curious about the motorbikes and they came to check it out with envious eyes.  Then hubby decided to treat one or two of them by taking them for a drive down the road.  I think that was the best ever Christmas present they could wish for – smiles, smiles, smiles!!  Goes to show a small gesture can makes a big difference to someone else. 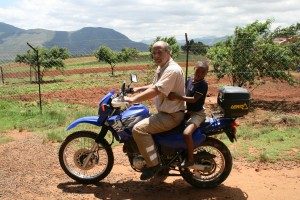 Sadly, the week flew by and the Lesotho break also came to an end. On the last day we were up early to start packing our gear with the sound of the peacocks in the background as a last reminder of our short visit. 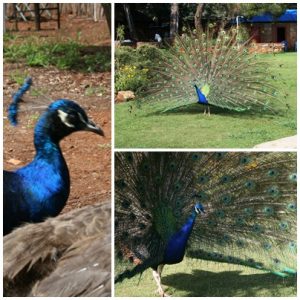 And then we got a bit of a surprise ….. a snake ….. under our tent.  Eish!   Nobody was expecting this  visitor.  Well, I suppose it probably was the only dry and cozy place in the rainy conditions …  Who could blame him? 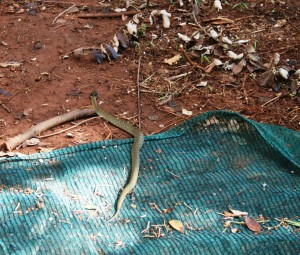 When checking out we mentioned it to the owners of the lodge and they were somewhat surprised at what we told them as they have never seen a snake there at Malealea – and they grew up there!  So there is always a first time for everything … even a snake at Malealea Lodge. 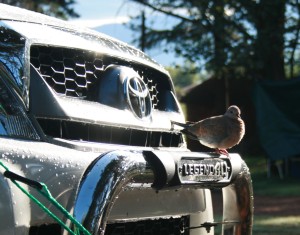 The long road home was waiting.  It was time to go to home base once more.

So been there, done that, ticked the box.  🙂   According to my travel bucket there are still a lot of new places waiting to be discovered.  So let’s move.

“Don’t cry because it’s over. Smile because it happened.”  (Dr Seuss)