The last couple of weeks were quite busy and I did not get to my blog for some new posts.  On our travels to Bloemfontein, for a school reunion, we took a detour through the rather depressing Karoo town of Noupoort where we stumbled upon two little stone churches. 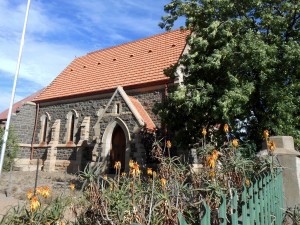 Situated across the street from the run down municipal building we found the St Agnes Anglican Church dating back to 1901.  It was erected by a railway engineer in memory of fallen British soldiers, of whom some were stone masons, and were stationed at Noupoort during the Second Boer War. 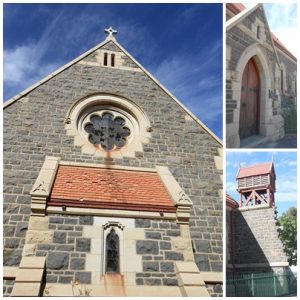 However before the troops could complete the church they were repatriated.  That is probably the wall that I noticed just below the bell tower and was wondering what went wrong. 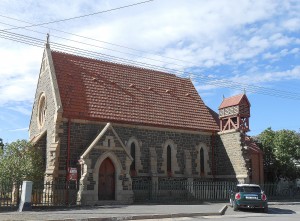 It was the first time that I noticed this unique timber type bell tower on a church.  I sort of like the look of the timber bell tower.   Also have a good look at the roof and you will notice vent tiles which are another unique feature that I have never seen before, but makes perfect sense in the heat of the Karoo. 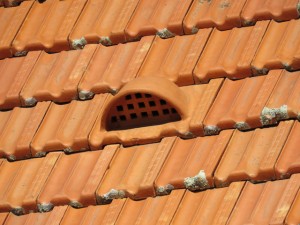 The building is now part of the museum, but was unfortunately locked so we could not have a look inside and can only be visited by phoning the number displayed on the information board at the gate.  Today was not the day for a visit as we still had some way to travel. 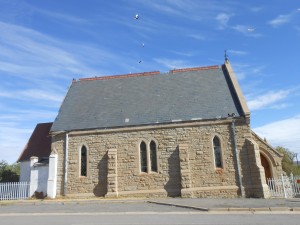 On the opposite corner is the St Andrews Presbyterian Church with a corner stone dating back to 1903 and also houses a little museum.  Sadly it is also in state of neglect as some of the gable roof tiles are missing and pigeons are nesting inside.  Apparently some of the pews, the font and pulpit were removed from the church for use in St Saviors Church in Midrand.

Judging by the current state of both churches one can only hope that these gems will stand the test of time.