THE LITTLE CHURCH IN THE WOODS, KNYSNA

San Ambrosio Church is tucked away in the green heart of the Knysna forest.   It is not glamorous or architecturally impressive, but rather tells the story of 32 pioneering Italian families that were brought to the forest to start up a silk farming industry, but then suffered unexpected hardships. 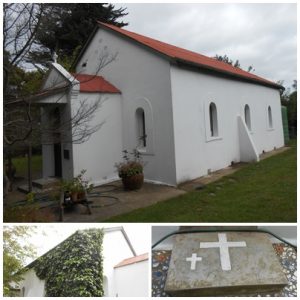 In May 1881 the Italians were brought to Gouna with the intention and under the impression that there were an abundance of mulberry trees in the forest.  They were to start up a silk industry on the African continent.  It turned out that the mulberry trees that the woodcutters referred to were not related by any means to the real mulberry at all. 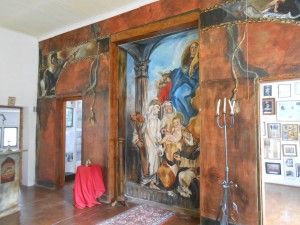 After the project failed the families were abandoned by the government and had to make a living out of agriculture, cattle farming and some also became woodcutters.   Thus in 1891 the small San Ambrosio Church was built to render sort of a connection to their lives back home in far away Italy.

Today you will still find Italian surnames not only in and around Knysna but their decedents are scattered all over South Africa. 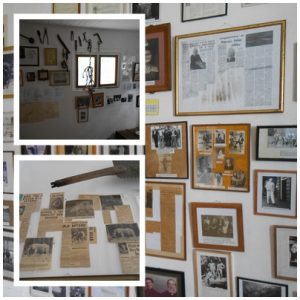 The church is open daily for visits and a little museum tells the captivating history of the forgotten Italians of the forest.  To find the church, take the road up the hill past Simola, turn left at the Gouna turn off and carry on with the gravel road until you find a sign on the left leading to the church.

This story is also told in the well known book Mulberry Forest (Moerbeibos) of Dalene Matthee.  I have just decided that with my new found knowledge it is time to read the book once again with a new perspective and empathy.

The first time we were introduced to

Sundays are for picnics.

If we can't go camping,

What is your best position on

You need to travel far enough to meet yo

A liquid hug on a cloudy day to bo