I took some time off from my day job and did a bit of exploring in my own town.    I must confess that I have been living in George for more than 15 years and have never visited the little stone cathedral in the middle of town.

Arriving over the lunch hour on a sunny day I found the gardener attending to the lawn with love and care.  He only gave me a quick glance and carried on with his tasks at hand.

Today the little stone church stood out against the blue sky with picture opportunities aplenty. 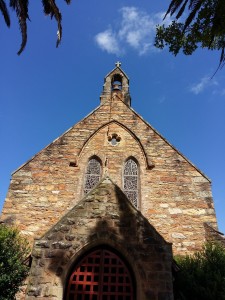 This is another one of the legendary Sophy Gray churches. The design of the cathedral is based on the Littlemore Church near Oxford in England which was designed by Henry Jones Underwood.  Three stonemasons were used to build the cathedral and it was completed in only 13 months.  Without the modern technology and tools available that is not a bad accomplishment at all. 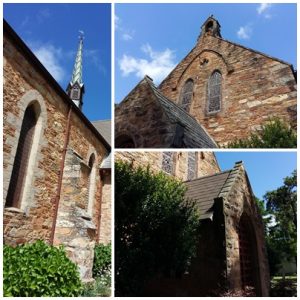 I could not take nice pictures of the stained windows, but it might be the oldest in South Africa as it dates back to before Van Riebeeck arrived in the Cape of Good Hope. This was apparently recovered from a church in Germany during the French Revolution, brought to England and then found its way to South Africa.

Wandering through the graveyard at the back of the cathedral I saw a number of historic graves; Bishop Sidwell, Henry Fancourt White – the builder of the Montagu Pass who died in 1866 – and Major H D Warden who founded Bloemfontein while serving as British Resident of the land beyond the Orange River. 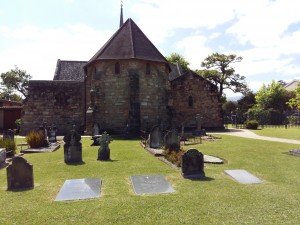 Sophy Gray, who designed and built 53 churches in South Africa, was buried at St Saviour’s in Claremont.  This half an hour visit enriched my life as I learned something about our beautiful town which I can share with all of you out there. 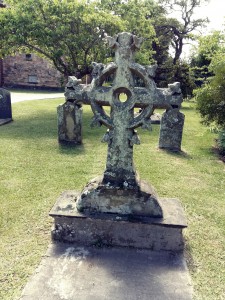 After this visit I can tick another Gray church from my list!