A WEEKEND IN MONTAGU

An all girls weekend wandering took us to Montagu in the Boland region.  The town was named after the former secretary of the Cape Colony, John Montagu.   It was also known as Agter Cogman’s Kloof.

With its picturesque setting Montagu is famous for the mineral springs nestled on the verge of the town, impressive rock formation as you drive westwards on the R62 towards Robertson, outdoor activities such as hiking, biking and rock climbing,  good food and local wines and of course the Montagu Dried Fruit Company. 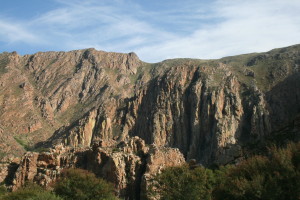 We used Paul and Shirley’s Koo Karoo Cottages as our base and explored the town and surrounds.  Our first wandering took us to the Old English Fort – declared a monument in 1999 – perching on top of the “tunnel” in Cogmanskloof about 4 km from Montagu as you drive towards Ashton on the famous R62. 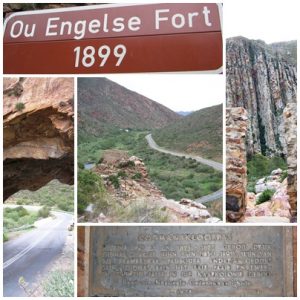 The fort was built by stonemason William Robertson and it was garrisoned by a company of the Gordon Highlanders who were surviviors of the Magersfontein battle.  They were camped on the original road construction site below Kalkoenkrans.  Today this is the parking area below the fort on the Montagu side.  Montagu had four small rectangular forts and a smaller circular one, all of which were instrumental in causing Commandant Gideon Scheepers and his Boer Commando of 300 men to avoid Montagu.

Just further down the road at a spot called Lego Land a dozen or so rock climbers were honing their skills on the rock face – definitely not for me!

It was near lunchtime and seeing that we were in wine country we opted to visit Bon Courage,  which was established in the 1920’s on the farm Goedemoed.  The Dutch Reformed Church acquired the farm, closed the cellars, rooted out the vines, planted lucerne and fruit and used the farm as a training school for farm managers, but this did not work out well  so the church sold the farm again. 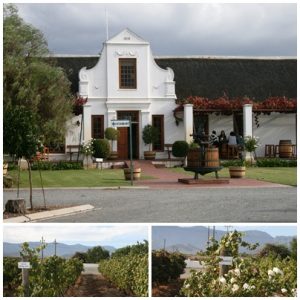 Usually there are a lot of people and children enjoying the hospitality of Bon Courage under an old African pepper tree, but the sky was turning grey and the wind picking up.  Luckily there is an indoor restaurant with a big fireplace for chilly winter days where lunch, and of course a glass of wine, can be enjoyed.

After lunch, and some wine, we were pretty laid back and relaxed.  As we drove into town in the late afternoon it was time for some pictures.  The red autumn vines glowed in the soft light on the white washed buildings and photo opportunities abounded. 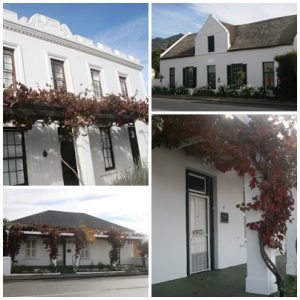 Being our last day in Montagu we took a drive on a less traveled gravel road to the nearby village of McGregor to spend some time and make a donation towards Eseltjies Rus Donkey Sanctuary where they care for abandoned and old donkeys.  Some of the donkeys really looked old and sad! 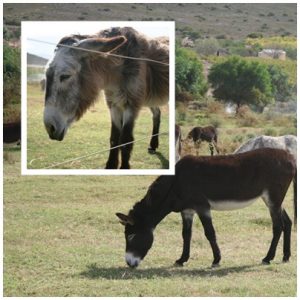 The weekend was coming to an end, but before we hit the road we popped in at the Montagu Dried Fruit factory shop in Bath Street which offers the public a range of delicious dried fruit and nuts at wholesale prices.   Now we were stocked with some healthy stuff for the cold winter days! 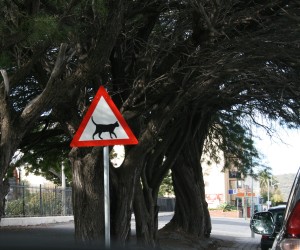 On our way to our  last treat of coffee and something sweet as a final farewell to Montagu we spot this sign in the village. 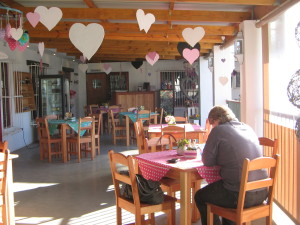 Our last cuppa at the Montagu Dried Fruit Company

It was time to leave …