So here is the story.

Back in 1886 Millwood was a bustling gold mining town patched together by the dreams, greed and hope for riches that comes with gold digging.  The rumour of gold was enough to draw people from wide and afar.  Yet, after no substantial gold-bearing reefs were found Millwood was reduced to a ghost town amongst the ferns.  Today the only buildings that are left of this once booming time is Moterolli’s coffee shop and the Pitt Street Cottage with its yellowwood floors and ceiling next to it that offers accommodation. 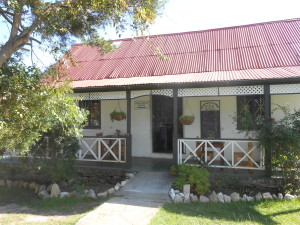 Sipping a coffee at Moterolli

The gold rush started when Ruigtevlei farmer, James Hooper, found a small gold nugget in the tributary of the Karatara River.  Soon the word spread and the scene was set.   Promising traces of alluvial gold were found in the creeks of the Millwood forest.  This was enough to lure prospectors from around the globe unfazed by the fact that the Cape Government did not want to approve any prospecting, because productivity had not been properly assessed. 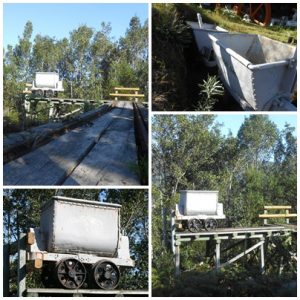 From a bygone era

Nevertheless by 1885 almost 2 000 claims had been pegged and soon tents were replaced by corrugated structures.  A banking agent, six hotels, post office, shops, a music hall and several boarding houses sprang up.  And eventually in 1887 the government had no choice but to officially declare Millwood a goldfield since about 40 mining syndicates were active in the area. 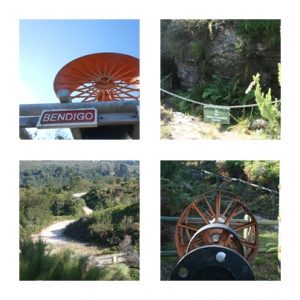 The relics of Bendigo Mine

But the promised massive reef strikes never materialized and Millwood turned into a ghost town almost overnight.  Mining companies became bankrupt and miners left to find their luck somewhere else.  The goldfield was finally deproclaimed in 1924. 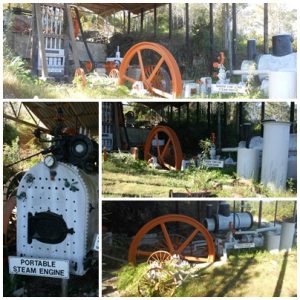 While sipping at my coffee on the stoep of Materolli it is hard to imagine that this was once a bustling mining town.   Slowly but surely mother nature is claiming back her stake as rust takes its toll on the equipment and the forest ferns creeps in everywhere …